Another one of those immensely popular small arms that has seen widespread military service (and consequently, is widely owned by civilians) throughout recent history is the FAL rifle. Just like you can come here to learn more about rifles like the Lee Enfield or SKS, you’ve come to just the right place to learn a little more about the FAL. You might just get some hard to find FAL parts out of the bargain. But first, a primer.

The FN FAL, lesser known by its full name, Fabrique Nationale Fusil Automatique Leger, or, the Light Automatic Rifle, is one of the most iconic service rifles the world has ever known. In terms of widespread use, influence and cultural impact, it ranks right up there with the British Land Pattern Musket (also known as, and more widely known as the Brown Bess), the SKS rifle and the M16.

There’s no way to underscore this heavily enough. For the several decades,through the Cold War and earlier, the FAL has been the service rifle of many countries that were a part of the North Atlantic Treaty Organization. Where many combatant forces on the other side of the line were using SKS rifles and variants, our allies were using some variant of the FAL. (Except the U.S., of course, which has largely been arrayed with M4 and M16 rifles and variants. Interestingly enough, however, you can see the allegiance preserved in the named conventions of some of the ammo that has been used with platforms like these namely the 5.56 NATO and 7.62 NATO cartridges.)

However, the FAL has its origins in the years before the Cold War became a matter of heated international dispute. Although many bolt operated rifles and heavier gas-operated platforms were used throughout the Second World War, the belligerent parties to the war saw the advantage that a light, semi-automatic rifle could have on the battlefield.

Some similar models saw widespread success throughout the closing years of World War II, and the English were quick on the uptake to develop a fast, light platform with the intent of chambering it for a hard-hitting cartridge. Thus the FAL has its official beginnings.

The English developed a rifle around the 7x33mm German cartridge which was also known as the .280 Intermediate. The rifle they developed for it was light, fast, reliable, and effective both at close range, and, unsurprisingly, intermediate range. After testing and some extended periods of international squabbling regarding its design, prototypes were designed and produced around the 7.62x51mm cartridge, in which it has, for the most part, been chambered ever since.

The military 7.62x51mm NATO cartridge is very similar in ballistic performance to the .308 Winchester, so shooters who have some familiarity with that cartridge will understand its popularity. It is a relatively flat shooting, hard hitting round that carries a lot of power downrange. Because of the platform's many virtues, in the time since its production to the time that it fell out of favor in the mid 1980s, over 90 countries around the world had adopted the FAL or some variant for military use.

Its reliability, simplicity and power made it extremely popular among many of those who carried it, and the fact that it was so widely used throughout the free world made it an icon of First World nations. In fact, the only country that never put it into appreciable use was the United States, opting instead for rifles chambered around the 5.56 NATO cartridge which has in recent years supplanted it. However, there are still some out there who collect the FAL and grip about the limited performance of the 5.56 NATO cartridge. It may shoot flat, and it may be very fast, but the fact is that it has significantly less impressively terminal ballistics than the 7.62 NATO cartridge.

It may be a light rifle, but it is a very tough, very reliable platform that can be modified to accept attachments like optics. Pair that with the fact that the FAL’s typical pairing with the 7.62x51mm cartridge brings a lot more to the table than the 5.56 and .223 of many AR style rifles and M16 variants that are popular here, and you have a rifle that is not going to go anywhere.

One might argue that rifles like the SKS, M16, Lee Enfield and AR-15 might be considered more popular here in the United States than the FAL and variants like the L1A1, but there is no denying that there are dedicated pools of owners and users.

In the first place, there are those who collect rifles like these as well as variants of them who are solely interested in their use as collector’s pieces. Anyone who has an interest in military collectibles will find a place in their collection for an FAL, especially if that collection skews towards the history of modern conflict and the greater Cold War.

The FAL has been called the “right arm of the free world,” and the fact that it has been so widely adopted by NATO forces is a testament to that. The simple fact of that matter is that the FAL and variants have been more universally adopted than most other small arms, and for that reason alone it is a popular enough addition to many collections. Some might even keep them as display pieces, if only for the fact that they are so immediately recognizable.

Then there are people who might have inherited one of them or who might just be iconoclastic in their shooting pursuits. Granted, a rifle like the AR-15 is significantly more popular among modern American target and competitive shooters, but there’s probably someone out there who still uses such a rifle for competitive shooting. It might be easier to find a modern sporting rifle, but the 7.62x51mm NATO cartridge is still very much alive and still very widely used. At least on the grounds of procuring ammo, you’re not going to hit any roadblocks. That means that anyone who owns an FAL chambered in such could still easily be using their rifle in competition. 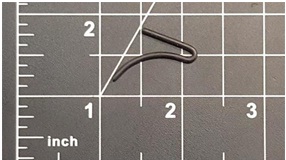 At the same time, modern sporting rifles like AR platforms are light, durable and convenient, which makes them perfect for the field. At the same time, they have an immense amount of practicality when it comes to mounting attachments and optics. Therefore, there are plenty of shooters out there who use them for practical purposes like hunting.

We’re not suggesting that the FAL is a popular platform for such purposes. In fact, it’s probably fairly rare for such purposes. Nonetheless, to use an expression, the best tool for a job is the one in your hand, and if you have an FAL, then you might use it for more than one purpose.

On that note, the .308 Winchester is one of the most popular short-action sporting cartridges in the country, and has probably at some point or other taken every manner of medium and large game in North America. The 7.62x51mm NATO cartridge is very similar in performance to the .308, which means that, categorically, at least, the FAL is not a poor choice for a hunter of medium to large game, provided, among other things, that the local regulations permit the platform for the pursuit of game.

On the note of use, these latter owners are those who are going to find themselves with a periodic use for FAL parts, since collectors might never have a need to actually operate their platforms. Target shooters, competition shooters and hunters who actually utilize their rifles will need to clean them judiciously, and will need to find parts for them on occasion as well.

With that in mind, you’re in one of the best places on the web for finding FAL parts and hard to find parts for other historical and popular arms.

If you own and use a FAL and you need to find a replacement part for it, turn to us first. In fact, if you need some help disassembling and cleaning your FAL, you can reach out to us personally and we’ll help you out. Anyone can soak a brush or patch in solvent and run it through the bore, or just pull a boresnake through the barrel, but for gas-operated piston actions like these, things can get dirty inside the gun and require a little more in depth maintenance from time to time. 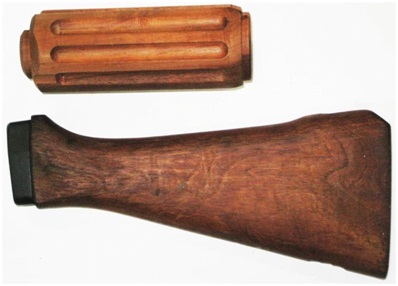 Nevertheless, if you need to make replacements or repairs to your FAL, you can do so with what we offer here at Sarco, Inc. Let’s say your FAL has an old stock that is suffering from the effects of dry rot or lack of proper care. You could spend a ton to have a new stock custom made for it, or you could turn to us and we’ll set you up with a stock and forend for the rifle. Whether you’re looking for a model made of composite or one made of wood for a classic look, you’ve come to the right place.

Similarly, if you’re looking for hardware like a swivel mount so you can keep your rifle attached to a sling, we can help you out with that as well. If you’re looking for a charging handle knob because you’ve lost yours or it has broken, we have plenty of selections in our online catalog. When you need to replace your gas plunger in your action, we have replacements here that will make it easy - on you and your wallet, too.

When you need a critical part like a bolt carrier slide or a firing pin spring, without which your FAL would be nothing more than a non-firing museum piece, you can turn to use first. Perhaps just as importantly, we provide critical accessories on top of FAL parts. Maybe you don’t need an actual part for the rifle, but you do need some spare mags, mag carriers or a bipod of some sort. In every case, we have not only what you need, but more than one option.

The point here is not to create an encyclopedic compendium of the FAL parts that you might at some point or other have to replace, but rather to illustrate the completeness of our catalog. The fact of the matter is that we have one of the most comprehensive collections of parts for the FAL (and other platforms) online, and when you need something, you can come to us with the expectation that you will find it.

With that in mind, take a look through our catalog of FAL parts at the link at the top of this article, and see if you can find what you need. If you can’t don’t go anywhere. Get on the phone and give us a call at 610-250-3960. Even if it isn’t listed in our online store, there is a good chance that we can find it for you, so give us a call today!