SKS rifles are some of the most famous rifles ever designed, and for quite a few reasons. Rather than trying to pin their historical fame, or infamy as it might be, on one or two things, it’s perhaps better advised to recognize that SKS rifles in one form owe their repute to a number of factors. In some form or other, they have seen very widespread use throughout history, are typically mated to a very capable cartridge with a wide number of uses, and built around an action that, if kept clean and well maintained, would perform reliably for many years.

A Short History of SKS Rifles
The original SKS rifle was designed in 1943 by Sergei Simonov; that is the origin of its name, which takes the full form of Samozaryadnyi Karabin Sistemy Simonova, denoting the operation and style of the rifle; many of these words are recognizable to English speakers, such as Karabin or “Carbine” or Sistemy Simonova or “Simonov System.”

The rifle was developed to replace the Mosin-Nagant rifles with which many Russian units had been trained and fighting for many years, most famously during the majority of Russian campaigns in the Second World War. The Russians were looking for a semi automatic platform to replace the bolt action Mosin-Nagants that had been standard issue for so many years. A semi automatic carbine would offer many advantages over a bolt operated rifle, and with good engineering, few if any drawbacks.

The SKS rifle saw some fighting in WW2, but was largely overshadowed by the Mosin-Nagant predecessor which was used to such infamous effect by the Red Army. It was mostly due to Russian expansion in the wake of World War 2 that the SKS became so prevalent and popular.

Though it was not the first semi automatic platform to see service with them, the Russians were the first to adapt a semi auto like the SKS rifle to more widespread use. One of the most popular and traditional pairings of the 7.62X39mm lacked the power of many rifles built around much more capable cartridges like the 7.62x54mmR, but offered several advantages. It was lighter, arguably faster, and offered much less recoil than its bolt fed alternatives. That is a particularly important point. An SKS rifle paired with the 7.62X39mm cartridge presents nearly no recoil, which is amazing considering the relative power of the cartridge. Forget rifles that have been veritably weighed down with accessories. A naked SKS rifle will surprise the shooter with its minimal recoil.

The Russians needed a rifle that could straddle the middle ground between the slow rate of fire but excellent range of many bolt operated platforms and the high rate of fire but relative poor accuracy of many pistols and submachine guns. They designed the SKS rifle to fill that niche, and it became an admirable - and formidable - platform once many of the early flaws were fixed.

Over the years, SKS variants saw widespread service in many conflicts around the world as well as widespread service as the standard issue carbine of choice in many Eastern Bloc countries and allies. The Russians, Chinese, North Koreans, Albanians, Romanians, Vietnamese and others produced or used variants of the SKS rifle at some point in their histories.

If only for the fact that the SKS rifle and its variants saw such widespread military use throughout history, it would be a popular enough item alone among collectors. The truth is that it is a popular rifle even outside the halls of military collectors and historians. The rifle’s popularity goes far beyond its historical significance and deals in matters of expensive, efficacy and reliability.

Popularity of the SKS Rifle
As is no doubt abundantly clear from the matter of the immediately preceding paragraph, SKS and SKS variants have been widely produced and introduced in many areas of the world throughout history. If only for the fact that the rifle became a mainstay of the Red Army and its satellite forces, it would be popular enough among historians and historical collectors. There are many countries in the East, and many communist sympathizers around the world that either implemented, produced or trained with some form of the SKS rifle. There’s no disputing its immense popularity on the grounds of its historical significance. 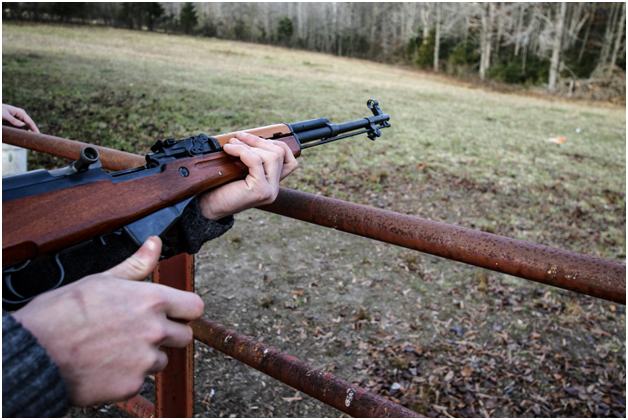 That being said, there are other reasons that people around the world may find themselves in possession of an SKS, whether it is a Russian produced model or a variant. The first reason is the widespread accessibility of these rifles, as well as their general affordability.

An SKS or variant that has been well cared for during its lifetime can offer you the performance of many, much newer models of rifles at an actual fraction of the price. There are very few other platforms out there that can be found at such an agreeable price, especially used, and offer the same performance as a well cared for SKS.

There are some Chinese variants of the SKS that are remarkably cost friendly, reliable, compatible with SKS parts and accurate. If for price alone there was some standard issue rifle that has seen widespread use around the world and was approachable on the basis of price, it would likely be some variant of the SKS.

The second reason is the widespread availability of SKS parts and accessories. There are hard to find parts out there, to be sure, but the SKS rifle has become so widespread around the world that it is one of the military issue rifles for which parts can actually be found relatively easily - and again, at a fair price.

On top of the fact that SKS platforms are affordable and widespread and easy to find, there is the performance that they offer all different types of shooters. Most often paired with the 7.62x39mm cartridge, an SKS rifle is effective at pretty decent ranges and has enough stopping power to take on most medium sized game and some large game. It’s not a practical platform for the most dangerous game in the world by any stretch, but to put it in perspective, there isn’t too much in North America that an experienced hunter would be afraid to approach with an SKS.

So an SKS presents a user with affordability, ease of maintenance and work given the widespread availability of the parts, and good performance. Who uses them?

Collectors of Militaria
We touched on this already, but a large number of SKS rifles in private hands are probably in the hands of historical collectors. The fact that the rifle is a product of Red Russia makes it a magnet for those interested in the history of Communism, of the Cold War, or those interested in recent Eastern history.

Since the SKS has widely been used in conflicts throughout the East, as in the Vietnam War, it is a popular item for collectors interested in that historical period as well. Frankly, even if a serviceable model never made it to service, it would be unsurprising to assume that collectors would be after them simply because it was developed in Russia. As interested as many collectors are in SKS rifles, they are only part of the makeup of those who own or use them.

Target Shooters
We’re not going to go out on a limb and say that people intentionally purchase SKS rifles and use them for competition shooting. There probably are people that do that, though we aren’t suggesting they’re bought for that reason. Rather, because they are affordable and versatile, people buy them and use them for multiple purposes. That, and they can be readily accessorized to make a fairly capable target rifle.

Of course, if the rifle has been well cared for there should be few if any problems with firing and cycling the action, which makes them remarkably reliable which is important for target shooting. There’s also the fact that if the rifle was well cared for and its barrel is in good condition, it’s going to be a fairly accurate rifle, even over open sights. When we mentioned that the recoil is impressively low, nearly nonexistent, it has to be remembered that recoil can vastly affect a target shooter’s abilities and consistency behind the stock. On the one end, some shooters who have grown tired of the repeated abuse of recoil can develop the poor habit of flinching. Flinching is a curse that can affect almost any shooter and is the kiss of death to accuracy. If a shooter flinches before firing, it doesn’t matter what he’s trying to hit or how far away it is. Flinching is a great way to make groups grow big.

Then there’s the fact that even if a seasoned target shooter has no bad habits like flinching, it gets old after a while being beat up by a heavy duty cartridge, especially if a competition requires hundreds of rounds to be fired in a sitting. The low recoil is something that any shooter can appreciate, not just target shooters, as you’ll find out in a moment.

There’s more. Because SKS Rifles are so widespread and sks parts are so easy to come by, it’s fairly easy to accessorize an SKS. Usually this comes in the form of bayonet lugs and slings and loading accessories, but you can also find target shooter useful accessories like bipids, optics and more that can be adapted to SKS rifles and many variants. To some of these ends there is another cohort of people that has found great use for SKS rifles.

Hunters
This is another situation in which, like with target shooters, it is doubtful if anyone went out with the express purpose of buying an SKS rifle specifically for use as a hunting rifle. Rather, it was probably more of a product of the fact that these rifles are widespread and can be found relatively easily and affordably.

For that reason, it’s probably more likely that hunters have owned SKS rifles for some other reason and then repurposed them for use as a hunting rifle, much as target shooters did. That makes them no less effective in the field, however.

In fact, the 7.62x39mm ammunition with which the rifle is almost ubiquitously paired is extremely effective at taking most game - nearly anything in North America. In fact, almost any game animal in North America can be taken by an experienced hunter with an SKS at reasonable ranges. 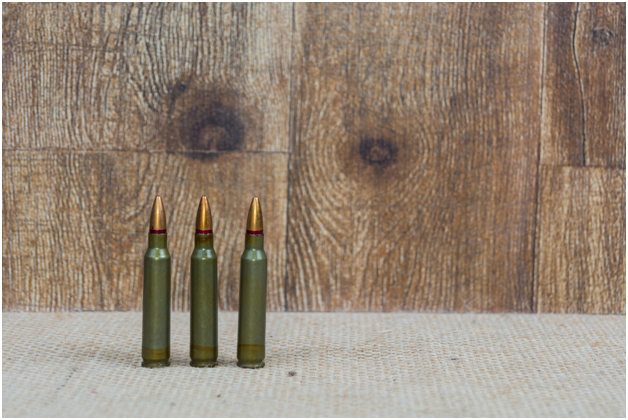 On top of that, it is fairly easy to come by the ammo. There are some Russian producers that still make the ammo and sell it for much cheaper than competing calibers. Some of those foreign produced cartridges are slightly unscrupulous with the propellants they load, so hunters have to be wary of corrosion, especially in wet environments. Even so, the affordable nature of the ammo and its efficacy at taking game make the rifle popular among more than just collectors and target shooters.

If you’re looking for SKS parts and accessories for your rifle, you’re in exactly the right place. Though we mentioned that parts for SKS rifles can be fairly widespread and easy to find, there are some out there that are tougher to find than others. Take a look at our page on SKS parts and see if you can find what you need for your rifle. We offer tons of hard to find parts and accessories on our site - items like sight tools, firing pin retainers and much more.

Even if you can’t find what you need for your rifle, don’t stop there. Be sure to give us a call at 610-250-3960. We have access to one of the greatest collections of firearms parts in the industries and we pride ourselves with connecting our customers with the hard to find and rare parts they need. There’s a lot more out there for SKS rifles than the cleaning rods across which you’re liable to stumble, and if you need help finding something, give us a call and we’ll steer you in the right direction.