New guns can be downright expensive, especially for a collector. However, when it comes to getting the most bang for your buck, used guns, specifically military surplus firearms (sometimes referred to as mil-surp) offer some of the most incredible value in the industry.

Landing on a mil-surp firearm that’s been well-cared for and is in good, working shape can be like finding a diamond in the rough - or just a polished gem. Let’s take a closer look at what gives military surplus firearms so much potential, as well as at some platforms that represent the best value of all.

One of the most attractive things about most surplus guns (but not all, some are very exclusive and hard to find) is that they tend to come with a very deflated price tag.

There are some military surplus guns out there that are relatively common and which only command a price tag of a few hundred dollars. Some Mosin-Nagant rifles come to mind. In some cases, you can score a mil-surp gun for scarcely north of $100, and in great condition, no less.

Don’t get us wrong. There are some very hard-to-find military surplus firearms, and some that you’re more likely to encounter in a dream than at a gun counter.

But there are others that are fairly common and easy to find. For instance, SKS rifles, Mosin-Nagant rifles, the M1 Garand, and certain Carcano and Mauser rifles are not all that rare - which means even today, you can still often come across these firearms, over 100 years since many of them were made.

Given the low cost and general availability of some of these platforms, they’re practical for a wide range of uses. You can sporterize them for hunting or competition, or just keep them in the safe for target shooting. Truth be told, if you have them displayed, they make excellent conversation starters, too.

Also, these firearms were born to service the militaries which carried them, and some of them may have even seen the rigors of battle. They weren’t simply designed as proofs of concept. They were built to work, and many of them continue to do so, after many decades of service and through many hands.

Piggybacking off the precious concept, many military surplus firearms that you can still find on the market remain extraordinarily reliable. See the previous point above about being designed for military or other official duty. These are service platforms, not wallhangers.

Platforms like the M1 Carbine, M1903, and Mauser 98k are absolutely infamous for their no-nonsense durability and reliability. The soldiers that carried them lauded them for their reliability in service, especially in the face of harsh elements and adverse conditions. In the case of the Mauser, its bolt action has been considered one of the strongest actions that has ever been designed.

In a nutshell, most milsurp guns are workhorses.

For better or worse, military surplus platforms from yesteryear tend to have a more favorable positive perception than modern sporting rifles, despite the fact that many of them are chambered in the exact same cartridges, have the same or higher capacities, and many similar features to modern platforms.

If you intend to sporterize a military surplus rifle or shotgun for hunting, sometimes it just makes sense to reinvent an older model rather than a modern one.

Some military surplus firearms are rare and highly valuable. The Swiss P49 comes to mind. You can sometimes find used milsurp guns for pretty decent prices that are a bit worse for wear, make some repairs, restore the stock and finish on the hardware, and make an investment in these platforms.

Especially if you’re a collector, restoring military surplus guns can be both highly rewarding and potentially financially lucrative.

What Are Some Worthwhile Military Surplus Firearms?

The trick is to routinely visit used gun shops that you know frequently sell surplus firearms. Stock levels can be both unreliable and unpredictable, so sometimes you just need to be in the right place at the right time. 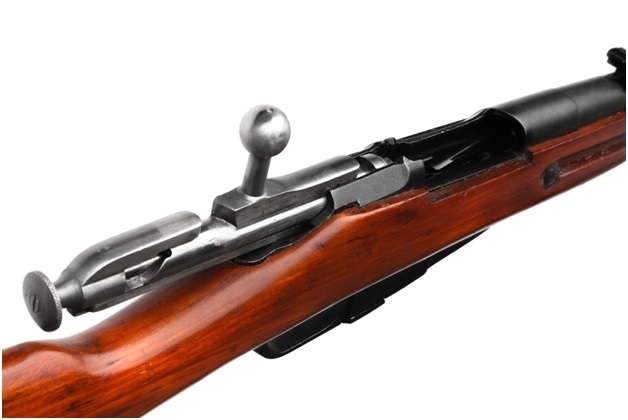 Some of the best military surplus rifles and shotguns that come to mind are:

There are also a wide range of milsurp handguns on the market. Some of the following are among the best:

We’ve previously published some more comprehensive installments with information on some in-demand milsurp firearms, which cover some of the models listed in the last section in more detail.

Remember, our most important piece of advice for those of you looking to come across a deal on a military surplus firearm is to be present. You need to be in the right place at the right time when a seller has some in stock.

Visit us in our showroom in Easton, Pennsylvania, at 50 Hilton Street. Our showroom features many hard-to-find parts and accessories for many military firearms, both famous and infamous. Come on in to see what we have in stock.