Firearms sales in the United States have been breaking records on repeat over the past two years. Shelves are bare, NICS wait times are outrageous, and ammo is in short supply.

Some gun owners are taking up an interest in building their own firearms from a kit or assembling them using a pistol frame and gun parts instead of gambling on availability at the local shop.

Here’s what you need to know about completing a handgun from a pistol kit, along with some helpful answers to the most important questions.

Does Buying a Pistol Frame Require an FFL?

The Gun Control Act of 1968 has required every firearm produced since that time to be serialized. Consequently, firearms manufacturers then had to designate standardized parts as the appropriate piece for serialization.

For the majority of breech-loading arms, this part was the receiver. This is because most modern firearms cannot be assembled without a receiver; therefore it is the receiver that the ATF considers a “gun.”  If you look at the receiver of a rifle or shotgun, that’s almost certainly where you’ll find the serial number.

Most pistols, however, have no “receiver.” Most of them, instead, have a frame, as do many revolvers. The pistol frame is therefore the part that is serialized and the part that is considered an “actual gun.”

However, there are also pistol frames called 80% frames, which are not completed and cannot be used to assemble a functional firearm without additional modifications. These are not regulated by the federal government or the ATF and do not require an FFL for purchase.

However, many states have enacted their own legislation circumscribing the purchase of 80% lower receivers and pistol frames, so be double sure to seek the appropriate legal counsel before starting on a home build project of your own.

What Are the Different Sizes of 1911 Pistol Frames?

Despite the primacy of Glock and other popular models of handguns, Colt M1911 and 1911 variants and 1911 style pistols (such as Rock Island 1911 pistols) remain some of the more popular handguns in America.

If you’re thinking about building a 1911, be aware that there are three official variants. These are:

Make sure if you’re building a 1911 at home that you get parts for the proper model.

What Do You Need to Build a Pistol with a Pistol Frame? 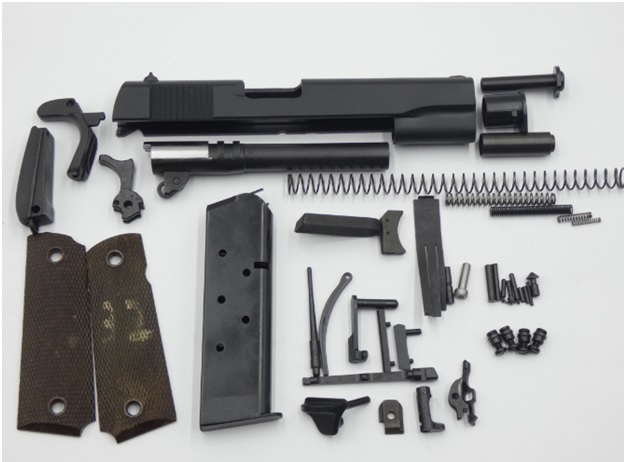 What you need in order to finish a home build, in addition to the frame, will vary based on the model in question.

For the purpose of illustration, we’ll take a look at a 1911 build kit which is available here at SARCO, Inc.

Our 1911 .45 Builder’s Kit contains everything you need to complete a 1911 minus the frame, including:

Be aware that sometimes build kits don’t come with sights, magazines, or grips, and that you may need to get them yourself if the build kit doesn’t contain them.

However, the above 1911 gun parts kit does contain those parts.

Gun parts kits typically don’t come with a frame because it is the frame that is regulated as a firearm by the ATF. Leaving the frame out of gun parts kits makes it possible for sellers to offer parts kits without needing to go through an FFL.

What Is a Jig Kit? Why Do I Need One?

For tinkerers interested in home builds, a jig kit is a highly useful tool that can dramatically cut the time it takes to convert an 80% lower or frame into a functional frame that can be used to assemble a functional firearm.

A jig kit is like a rigid template that clamps onto the frame or lower and serves as a guide. The operator can then use a router, drill, or drill press to finish machining the frame so that it can be used to assemble a functional pistol.

There are a wide range of companies that sell lower and frame jigs online.

Important: Federal laws and state laws do not agree on guns. While federal laws allow 80% lowers to be possessed and sold without an FFL transfer, many states have leveraged bans against them.

For instance, at the current time (8/2022), there are several states in which 80% lowers and 80% pistol frames are illegal, including:

However, state laws and federal regulations per the ATF are changing all of the time. Nothing within this post constitutes legal advice. Always consult a firearms lawyer in your state to ensure you are complying with all binding restrictions before attempting to purchase, take possession of, or alter an 80% lower. 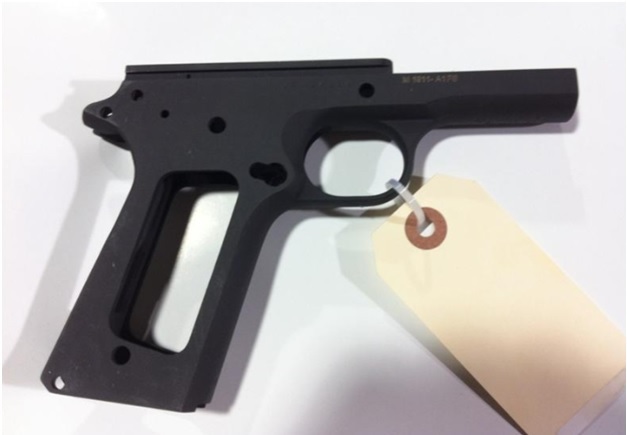 Do you still have questions about what you need to purchase with a pistol frame so you can finish the project? Come and visit us at our location at 50 Hilton Street in Easton, Pennsylvania or contact us at 610-250-3960 and we’ll help answer any questions you have.