What rifle is more universally beloved by historians and shooters alike than the M1 Garand? It has been called the greatest battle implement ever devised, has been revered for its reliability, accuracy, and power (it was paired with the .30-06 Springfield, after all), and to date, the Civilian Marksmanship Program (CMP) still hosts the Garand Match, which encourages civilians to hone their skills in competition with “as-issued” service rifles.

But is it possible that the sainted Garand wasn’t always as beloved as it is today? Did it possess one fatal flaw that, above all the rest, marked the soldier and betrayed his position, most insidiously, when he was at his most vulnerable, right at the point of expenditure of his last round?

Perhaps you are familiar with the M1 Garand “ping,” and, perhaps not. Here’s what you need to know.

If you’ve never fired an M1 Garand rifle, here’s a bit of background. The rifle contains a fixed internal magazine with an 8-round capacity. The platform is gas-operated, semi-automatic, and chambered around .30-06 Springfield.

Unlike many other rifles of the day, the Garand was not charged with a stripper clip, or loaded with single rounds (although this was also possible). Instead, soldiers carried 8-round en-bloc clips that could be inserted into the open action of the rifle.

Instead of relinquishing the rounds into the magazine, the action accepted the entire clip, which fed rounds into the chamber until the last round had been fired, at which point the empty clip would be ejected from the open action, to much (unwelcome?) fanfare.

This resulted in the infamous “M1 Garand Ping” a sound that, once heard, will never be forgotten. It sounds like a pretty nondescript metallic “ping,” but the association is that, once a soldier had run out of ammunition, his enemies would be alerted not only to his location but also to his vulnerable, “out-of-ammo” condition.

This is a tale that is told, ad infinitum, time and time again, and can be encountered in books, anecdotal tales, and videos. Perhaps it is even the case that some of you have relatives who served during the war and told such tales.

But how much of a decisive disadvantage was it to those who carried these guns? 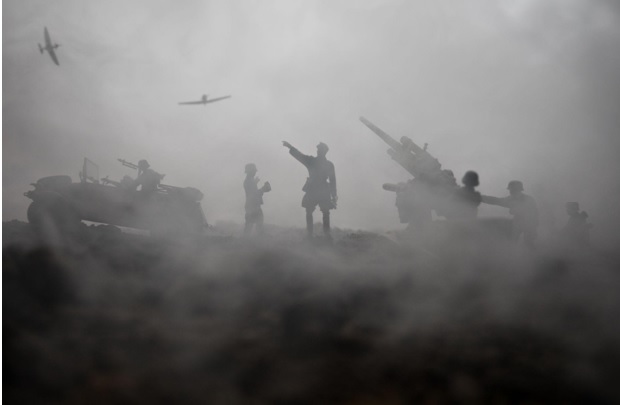 The truth is, the M1 Garand clip does make a very distinctive and memorable pinging sound when it is ejected from the action after the last round of ammunition is fired.

The question is whether or not the pinging sound ever realistically delivered an advantage to enemy ears.

Yes, soldiers were evidently cautious of firing their last rounds of ammunition lest they betray their locations, and the stories we have today are testament enough to that.

But the fact of the matter is this: can we really believe the myths that have filtered down to us through a war that now verges on a century past, when we have other, living testimony to account?

Let us first frame this evidence with a bit of explanation. The din of battle is incomprehensible to those that have never experienced it. A firsthand account only serves as a grainy facsimile of what it could possibly be like in reality.

Suffice it to say, the stress experienced by men in combat is unlike stress encountered anywhere in the course of normal life.

Moreover, imagine the volume of a popular range on a busy weekend day. Only, in battle, you are beset by, in front of, and behind the noisy muzzles, fire is coming from all directions, and you have no hearing protection.

Now transform the range into a battlefield that spans thousands of yards (or more) in all directions.

It is nearly inconceivable that an enemy soldier, at a distance ranging from a handful to hundreds of yards, would be able to distinguish the barely audible ping of an M1 Garand clip, after the deafening fire of the telltale-final .30-06 ordnance that preceded it.

Moreover, with so much simultaneous fire, how could it possibly be said that an enemy combatant, amongst the clangor, could pinpoint which hostile target has just fired his last shot?

And, most importantly, how are we to believe that, vulnerable though the “pinged” soldier might now be, he would allow an enemy to expose himself, and close the distance between them quickly enough to deliver a mortal stroke before he had reloaded?

Finally, let us consider some of the findings from the Garand Collectors Association’s 1952 Technical Memorandum, in which a number of soldiers were asked their opinions on the function (and danger) of the infamous M1 Garand clip “ping.”

In the document, while a substantial number of soldiers did in fact believe that the ping of the rifle would betray the position and potentially serve an advantage to an enemy, more than twice the number believed that the sound was more useful for the soldier carrying the weapon, indicating that it was time to reload.

The same document also points out that soldiers were (perhaps equally) afraid of the sound the Garand’s safety mechanism made when it was engaged and disengaged, as that too had the potential of exposing a soldier’s concealed location.

Nonetheless, we must assume that despite the pervasive superstition among servicemen of the time (which has reached even to us, nearly 100 years in their shadow) it is exceedingly unlikely that an enemy Axis combatant ever availed himself of the ping to prevail, mortally, on an American soldier.

That is to say: soldiers may have feared the ping, but until evidence arises that proves otherwise, we must assume that few (if any) American lives were lost as a result of the dreaded “M1 Garand clip ping,” and that, moreover, the capitulation of the Axis powers in 1945 lends a bit of credence to this assumption. 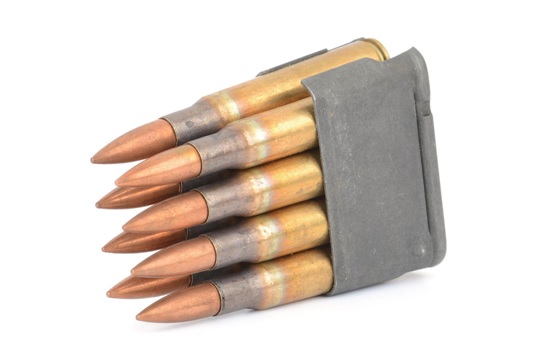 While you’re here, make sure you check out our Garand thumb article (that is, what caused the equally dreaded Garand thumb, which unlike the “ping” was an actual detriment to servicemen, and continues to be an annoyance to recreational shooters of the Garand who do not clear their thumbs of the bolt while loading the rifle’s open action).

And, if you’re here in search of a Garand clip, just check out the previous link.