Far, far too many shooters neglect their rifle magazines when it comes time to clean the gun. This is a howling shame.

Everyone knows that cartridges, barrels, pins, and catches must be machined to precise dimensions and tolerances in order to operate as intended.

Obviously, then, it makes sense to clean and lubricate the internals of a gun, if you want it to cycle and feed reliably, and shoot accurately.

Why then, would you not afford the same to your rifle’s magazine?

You should. Here are some of the main problems with rifle mags and what you can do about them.

●Feed lips are too tight or rough to allow easy feeding
The magazine feed lips hold the cartridges in place, under pressure, in the proper configuration so as to stack them out of the way of the bolt while ejecting yet in line for feeding.

Since magazines are stamped from sheet metal, sometimes the feed lips are a little bit rough and exert too much pressure on the tops of the cartridges, especially when the mag is fully charged.

Look for scratches on the cases of your cartridges to see if the feed lips are scraping them, or lightly feel the bottoms of your mag’s feed lips before using.

If there’s too much friction or the feed lips are sharp, sand down the inside very lightly with 600-800 grit sandpaper until any burrs are removed.

●Cracked/broken/missing magazine follower
The follower is the metal or plastic component of the inside of a magazine that is in contact with the mag spring and pushes the cartridges up toward and into the action.

If it is bent, broken, cracked, or missing, your mag will not feed, likely because the rounds are all stacked askew or in a weird configuration.

You’ll either need a new follower or a new rifle magazine if this is the problem.

If they’re old, rusty, or worn out, you’ll probably notice that it’s easier than it has been to push cartridges into the magazine.

Often the problem manifests itself as inconsistencies while feeding. Sometimes old mags will feed a couple of rounds then stop working, or consistently fail to feed the last two or three rounds, or even just the last one.

Either way, the solution is the same. Get a new mag spring, drop out the floor or slide plate (depending on the construction of the mag) and replace it.

●Rifle magazine internals dirty (will not feed)
Don’t overdo oiling the inside of your magazine. There actually really aren’t that many moving parts. Actually, some mags don’t even really have any moving parts at all.

Just the spring, really, which doesn’t quite “move” so much as it flexes.

The only thing you should be using oil on inside a magazine is a light (very light!) coating on the spring to keep it from rusting.

Truth be told, using compressed air to blast grit out of the magazine and then just drying off the mag spring works better. Either that or use dry graphite powder to lubricate and protect the inside of a mag.

If you use too much oil, it will attract dirt and dust which will clump up and clog the inside of a mag, which will prevent it from feeding. You’ve been warned. 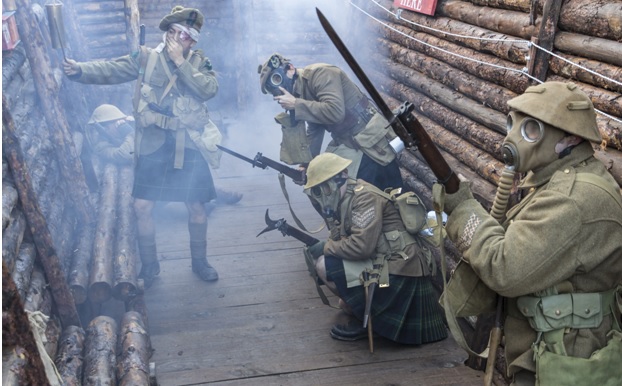 ●Magazine is damaged (will not feed)
Magazines which can be removed from rifles are often subject to mind-boggling abuse. They get dropped, kicked, stepped on, sat on while in packs, and much worse.

Sometimes, the magazine will be bent or twisted, which will make it difficult to seat, and which will also impair its ability to feed. Other times magazines will crack or break outright.

Occasionally, magazines that have been bent or distorted can be fixed by bending them back into shape. This is not recommended, though, because in that case the mag’s components will have been damaged. The solution is to get a new one.

●Magazine won’t drop/Mag release won’t disengage mag catch
Occasionally, magazine issues are caused by the mag catch, which is inside of the rifle, and not by the magazine itself. This is sometimes the case with new rifles that have not been “broken in” yet.

●Magazine won’t seat
It is sometimes the case that if you have a fully loaded magazine, it’s impossible to fully seat the mag with the bolt closed (external box mags only).

If you have problems with the mag catch engaging with fully charged mags and closed actions, try this instead.

Open the action, pop the magazine all the way up and tap it firmly up through the magwell and into place. You should hear a sharp click when the mag catch engages.

IMPORTANT: If you try this, be aware that when you close the bolt again, you will be loading and cocking the firearm.

To close the bolt on an empty chamber, press down on the back of the top cartridge in the mag and allow the bolt to close over the top of the rim of the cartridge so that it doesn’t strip one off and feed it into the chamber.

If All Else Fails, Get a New Rifle Magazine
We also wrote a blog recently on best practices for magazine care. Take a look at it and get in touch with us if you have any questions, at 610-250-3960.

If you can’t troubleshoot the issue yourself, feel free to reach out to us for further assistance. We’ll help you fix the problem and if we can’t, we offer a wide range of rifle magazines, internal components, and firearm parts that you can use to make necessary repairs.