You may be familiar with the M14 rifle. It’s the rifle everyone loves to hate, including the soldiers that carried it. From a laughably short service history to a laundry list of ergonomic and mechanical problems, the M14 was plagued from the outset.

Let’s take a look at this platform, why it flopped, and which M14 parts are suspect most of all.

Why Was the M14 Developed?

The M14 was developed to replace the venerable M1 Garand that everyone knows and loves with the same intensity with which the M14 is scorned, ironically.

Even more ironically, the M14 was designed specifically to address some of the perceived shortcomings of the Garand, which it ultimately did replace in 1959.

Among the M1 Garand’s alleged shortcomings were its lack of selective, fully-automatic fire and its use of an en bloc clip. Its pairing with the large, heavy .30-06, despite the cartridge’s power, was also dubious.

The United States Army wanted a rifle that was capable of fully automatic fire and eliminated the operational inefficiency of the en bloc clip in favor of a detachable box magazine (which has been the standard ever since).

It didn’t hurt that the 7.62x51mm NATO cartridge that replaced the .30-06 was substantially lighter and lighter-recoiling, even though it came with a nominal loss of power.

On top of that, the M14 was also slightly lighter than the M1 Garand, due in part to the lighter cartridges. Both rifles, empty, weighed 9.2 (M14) and 9.5 pounds (M1), but with a loaded mag or clip that number changes substantially.

With a loaded mag, the M14 weighed about 10.7 pounds, whereas the Garand could weigh close to 11.25 pounds.

So the M14 offered a rifle that - on paper - was lighter than the Garand, used a more practical feeding method, and fired lighter, lighter-kicking rounds.

Yet it had a surprisingly brief service history.

When Was the M14 Issued or Carried?

The M14 was only officially in service between 1959 and 1964. It was intended to replace not only the M1 Garand, but also the M1 Carbine, M3 SMG, and even the M1918 BAR that was carried by American troops not only in World War I and II but also in Korea.

Unfortunately, the M14 did not live up to expectations and was deemed anywhere from partially to “completely inferior” to its predecessors.

Ultimately, it was carried only through the first few years of the Vietnam War, until the accumulation of issues that dogged it led to its replacement with the M16, our longest-standing service rifle, and the one which is still carried by American troops today. 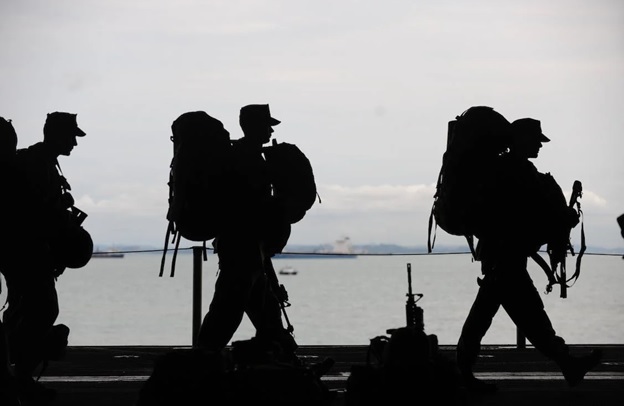 What Were Common, Known Problems with the M14?

Right from the outset, issues with the design of the M14 bubbled up to the surface. For one, it was intended to replace four different platforms, all of which utilized different accessories and were also paired with different cartridges.

For instance, the M14 was too large and too heavy to compete effectively with the lighter, more maneuverable M1 Carbine. It was also not powerful enough to replace the M1918 BAR. That’s just the tip of the iceberg.

In Vietnam, in which the majority of M14 rifles saw action, the conditions were even worse. The M14 was neither shorter enough than, nor lighter enough than the M1 Garand for it to make a substantial difference. In dense, unforgiving jungle terrain, the M14 was just a poor, unwieldy contender.

The hot, wet atmosphere of Vietnam also spelled doom for the M14’s stock, which swelled, warped, and rotted in the jungle air.

Even if it were not for these nefarious circumstances, the M14 rifle was positively plagued by fit and performance issues. Numerous M14 parts contributed to these problems.

For instance, most if not all M14 rifles had loose stock bands, handguards, and excessive headspace. Most M14 rifles also had loose gas cylinders and poorly aligned or misaligned operating rods and pistons.

A disturbing number of M14 rifles also exhibited poor quality control when it came to bore diameter, which had the potential to throw a dreadful wrench in accuracy and shot power. There were apparently problems with rifles exhibiting bore diameters that fell both above and below the accepted mean limits. In the former case, shot power and accuracy would suffer. In the latter, barrel wear would be accelerated.

The M14, which does not have a free-floating barrel, is also difficult to accurize. Most of them could shoot groups at 3 to 4 MOA. That isn’t terrible, but it isn’t great, either, and it’s totally unpassable for a sniper rifle.

Worst of all, putting pressure on the barrel or handguard could throw off zero - which is exactly the sort of thing that happens when a wooden stock swells.

To be fair, a fiberglass stock was designed for the M14, but it was developed and introduced far too late for it to have any meaningful impact.

Another M14 part that was known to cause problems was the receiver. These were known to be brittle and prone to cracking. There’s not much that can be done in that case except to replace the receiver, which is tantamount to replacing the gun.

Another issue, albeit one that is not caused directly by an M14 part, is the fact that the rifle was unstable during a fully-automatic fire. This eliminates an entire facet of the rifle’s raison d’être, which was to offer fully-automatic capabilities.

So, in short, it’s hardly surprising that the M14 was only around about 5 years, at which point it was replaced by a rifle that is still standard issue, and by pretty much every metric, superior.

Where Can You Get M14 Parts? 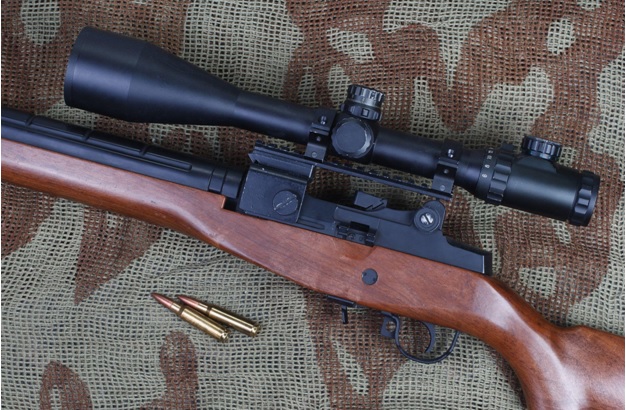 If you’re the owner of an M14 rifle, knowing where you can get parts to restore or accurize your rifle can make the difference between an enjoyable time at the range or 4-inch wide groups at 50 yards.

For our part, we carry a wide range of parts and mil-spec components for an even wider range of rifles, including the M14, M1 Garand, M1 Carbine, and of course, the M16. Take a look through our collection and if you have any questions, get in touch with us at 610-250-3960.