So let this be a short guide on the differences, so that you never make the mistake of calling a clip a mag or vice versa again.

Magazine and En Bloc Clip: Not the Same
A magazine, which can be a fixed, internal component of a firearm, or a wholly detachable part, is the device that both holds ammunition and from which the firearm’s action feeds ammo into the chamber.

Not all firearms have magazines, as you may be well aware. Single-shot and double-barreled platforms and muzzleloaders, for instance, do not.

There are both detachable and fixed magazines. Most rifles and pistols feed from detachable box magazines that can be removed from the firearm for easy loading. In addition to box mags, there are also drum magazines and rotary magazines, which are also detachable.

A few types of firearms feed from exotic magazines such as helical or horizontal mags, but these are quite uncommon.

Then there are fixed internal magazines, some of which feed from en bloc clips.

However, an en bloc clip is not the same as a magazine, despite the fact that it can be removed from the firearm and still holds ammunition.

That is, some rifles have magazines and accept clips known as en bloc clips. The magazine is the internal component of the rifle that accepts the loaded en bloc clip and strips ammunition off of the clip and into the chamber.

In these configurations, the clip is removable from the rifle but the magazine is not. Firearms that have detachable magazines do not require the use of en bloc clips because the entire magazine can be removed, loaded, and reinserted into the firearm’s magwell.

What Rifles Accept En Bloc Clips?
Without a doubt, the most well-known rifle that accepts an en bloc clip is the M1 Garand. These rifles can be loaded with en bloc clips that hold up to 8 rounds of .30-06 Springfield cartridges. When the last round is fired, the empty clip is ejected from the action. 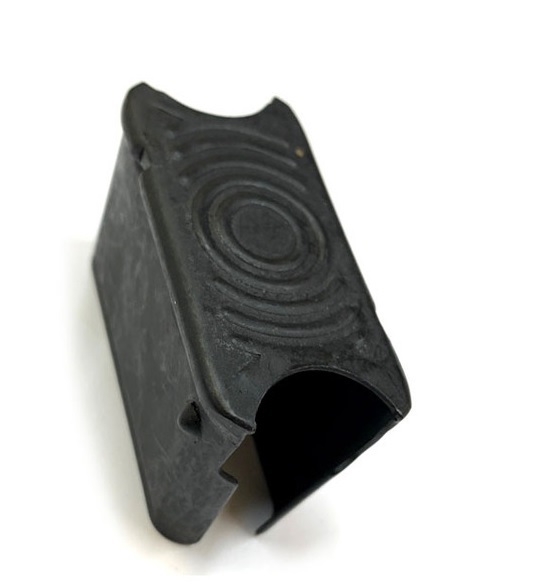 However, in addition to the M1 Garand, there are a number of other rifles that also accept en bloc clips:

Whereas the en bloc clip is inserted entirely within the firearm’s open action and feeds the magazine during operation, stripper clips are instead intended to “strip” rounds off and into the internal magazine of a firearm with the action open.

That is, stripper clips are not inserted fully into the action. All they do is hold ammunition and feed it into the fixed internal magazine of a firearm.

What Rifles Feed Via Stripper Clips?
Probably the most famous platform to utilize a stripper clip is the SKS rifle, which features a fixed internal box mag and is fed from a stripper clip that held 10 rounds of 7.62x39mm ammunition.

However, many other rifles, particularly early bolt-action service rifles, can be loaded using stripper clips, including but not limited to:

We Carry Them All!
Armed with this information, it is our sincere hope that you go forth without ever committing the transgression of confusing magazines and clips again.

At any rate, if you came here looking for an en bloc of stripper clip for your rifle, we carry a wide range of firearms parts and accessories that we believe will suit you well.

In addition to clips, we also carry magazines and magazine parts, including plates and springs, as well as magazine loaders that can save you time (and save your thumbs) when loading magazines at the range.

Take a look through our collection and give us a call at 610-250-3960 if you need help finding an esoteric part.