Highly complex by comparison to single-shot actions and even by some repeaters, the M1 Garand rifle’s action relies on the fluid interplay between several different critical parts. While it’s important to have some crucial M1 Garand parts on hand in order to make repairs, it’s useless if you don’t know what you’re doing.

These are some of the most common problems, along with some potential fixes.

Just remember, a multitude of factors could be causing any of these symptoms, so if you’re not sure what the cause is, call us before making an errant adjustment to your platform and we’ll help you get to the bottom of it.

The rifle bolt does not close and lock
You load the rifle’s internal magazine and go to release the operating rod, allowing the bolt to travel forward, stripping a round out of the magazine and feeding it into the chamber.

Only that doesn’t happen. Instead, the bolt travels weakly forward and does not lock into place.

Ruling out a clogged chamber or deformed ammo that does not feed properly, your issue probably lies with a faulty part of the M1 Garand’s action. 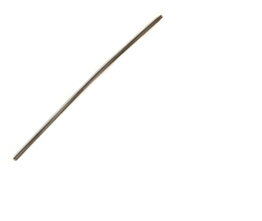 Bolt closes and slam fires
Let’s look at a separate but dangerous issue. Instead of failing to engage, the bolt closes shut - but immediately slam fires.

Trigger breaks but the rifle does not fire
If you pull the trigger and hear a click - leave the action closed and keep the firearm pointed in a safe direction, downrange, for several minutes. You’re probably experiencing a hang fire, a misfire, or have simply dropped the hammer on a defective round.

The action does not cycle completely: Short recoil 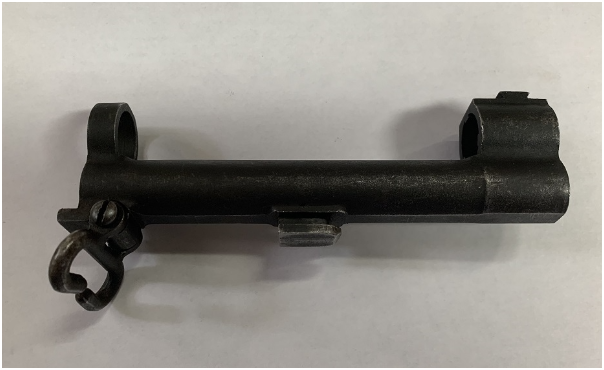 If your rifle feeds and fires, but then the bolt does not retract far enough to complete the cycle and chamber a new round, the issue could fall with a number of your M1 Garand’s parts.

It could be that your ammo is not generating sufficient pressure to cycle the action.

It could also be that that gas port or cylinder (pictured above) is blocked, or that the gas cylinder lock screw is defective, in which case they need to be cleaned or the cylinder needs to be replaced.

Hammer fails to cock, even when the action appears to cycle properly
If your rifle fires and cycles, but the hammer does not cock when the bolt locks forward, there is probably a defective internal component of your trigger group, in which place the entire trigger group should be replaced.

Failure to extract or eject
If your rifle fails to extract or eject spent cartridges, and you can rule out issues associated with the bolt not cycling back far enough to eject or with the cartridges themselves, then the culprit is likely a broken or fatigued ejector pin or spring. Replace these M1 Garand parts and extraction and ejection should recover.

Accuracy suffers
Is your rifle in near-perfect operating order? Have you been firing the same factory loads for years, consistently, but you’re still noticing that accuracy is starting to wander, especially at ranges of 100 yards and greater?

The M1 Garand part you probably need is a new barrel, especially if your rifle has been around the block.

After several thousand rounds, the lands of a barrel’s rifling will probably have worn down sufficiently that you’ll be able to notice minor inconsistencies in accuracy. If this occurs, install a new barrel, check for proper headspace, and you can get back to the range.

We Have the Miscellaneous M1 Garand Parts You Need!
Not able to diagnose your issue from this page? Want to ask one of our experts a question or get some help with repairs? Call us at 610-250-3960 and we’ll help you find the M1 Garand parts you need and give you some tips for repairs.