What other rifle can be said to have had such an impact on popular culture, the course of history and the image of the American soldier than the M1 Garand? Few, if any; the M1 Carbine, the M1903 Springfield Rifle and the M14 all make a run for it, but the M1 Garand Rifle is firmly cemented in the minds of many as the most influential and effective rifles of all time.

In fact, George Patton himself remarked that this rifle was the “greatest battle implement ever devised.” Considering the fact that the rifle had been around only for a few years and that men had been fighted with edged weapons for millennia beforehand, that is quite the accolade.

And, despite the fact that some might take such a blanket claim with a grain of salt, no one would deny the central importance this rifle has held in recent American Military history - best battle implement ever devised or not.

It replaced a rifle that is held in equally high esteem, the manually-cycled, bolt-operated M1903 Springfield carried by American Servicemen throughout most of the early years of the 20th century. It was carried with honor and distinction in the hands of American troops who fought throughout World War II, The Korean War, and even into Vietnam.

It’s distinction was not due to happenstance. It is an admirable platform and its performance results in its prestige.

Origins of the M1 Garand

Semi-automatic platforms feed without requiring the user to cycle the action by hand as would be required with a repeating arm, which were widespread at the time. They enable a higher rate of fire, faster follow up shots, and prevent the user from losing sight of the target when firing. With a repeater, the user would need to remove his hand from the grip to cycle the action, typically operated by either a lever or a bolt.

While lever actions enabled the user a clear sight picture and a simple, swift, two-dimensional action to cycle the action, many standard-issue models, such as the Lee-Enfield and the M1903 had bolt-actions. This means that between shots, the user would need to remove his right hand from the grip and cycle the bolt to eject the spent casing and chamber another round. It’s time consuming, disorienting, and inefficient. Semi-automatic actions, also known as autoloaders, were the future.

In 1919, Springfield Armory hired a designer named John C. Garand. He swiftly began work on a series of experimental designs to produce a serviceable, semi-automatic platform. After a few years and many trials (including quite a few failures) Garand had developed a prototype developed around the .30-06 Springfield cartridge with a serviceable gas-operated semi-automatic action. By 1937, he had finalized and cleared a model for production that would be known from that point forward as the M1 Garand Rifle, the first semi automatic service rifle of its kind.

It would be easy to lose sight of the numerous developments and shifts in focus that occurred during the years of production that ultimately led to the production of the M1. Without getting lost in the details, the rifle ultimately produced features a gas-operated rotating bolt action designed to accept the .30-06 Springfield cartridge.

It was designed to be fed via a fixed, non-protruding internal magazine because some involved in the development were worried that soldiers would drop or lose detachable external magazines in the field. There were also concerns that detachable magazines could introduce mud, dirt or other debris into the action that should jam the works, incapacitate the rifle or result in a shortened lifespan.

Instead, one of the designers working on the rifle produced an “En Bloc” clip system that enabled the rifle to be easily loaded from above with the action open. The M1 was designed to take 8 rounds of .30-06 Springfield cartridges in this manner. When the clip was spent, it would be expelled by the action and the bolt would lock open, facilitating reloading.

(An interesting fact is that the empty clip ejection resulted in a characteristic “pinging” sound that has made the rifle famous. It has been said that some servicemen even used this widely-recognized auditory stimulus to their advantage. They were said to intentionally drop empty clips on the ground in order to trick their opponents into believing that they had run empty, tempting them to expose themselves from behind their cover.)

The action itself utilized a gas-operated action and a rotating bolt to cycle the works. When a round was fired, some of the gas produced by the propellant was siphoned back on a piston that actuated on the operating rod. The rod acted upon the bolt, pulling it rearward, ejecting the spent cartridge; when fully removed to the rear, springs would return the bolt forward, pushing a new round from the clip forward into the chamber and resetting the action.

This design was more complex than repeating actions and required careful maintenance to remain in top performance, but was faster and far more efficient than its predecessors. This gave the soldiers who carried it a significant advantage in engagements.

As for the rifle’s other specifics, it comes with nearly a full stock and is just over 43 inches, tipping the scales at just shy of ten pounds. It had a rear aperture sight flanked by two small metal brackets, adjustable for elevation via the use of a range knob, though it could also be adjusted for windage. The front sight consisted of a post with guards.

The platform was also equipped with a bayonet stud and swivels for the attachment of a sling so the rifle could be more easily carried in the field. In addition, the rifle was designed to be easily broken down in the field without the need for tools, streamlining the maintenance that would be required to keep its semi-automatic action operable.

A Powerful Pairing with the .30-06 Springfield

In addition to the fact that the M1 Garand was highly valued for its reliable, smooth, and fast-cycling action, it’s pairing with the .30-06 Springfield cartridge made it a deadly contender on the battlefield. That cartridge, now well over 100 years old, remains just as popular today for its ballistic efficiency as it was when it was developed.

The M1903 that preceded the M1 was originally chambered in .30-03 Springfield, a cartridge that was very powerful but suffered from some severe limitations. This round nosed bullet was very heavy, causing extensive erosion to the barrel upon firing. In addition, because of the same feature, it has a drooping trajectory and was very aerodynamically inefficient. These features and others led to the development of the .30-06 Springfield, a Spitzer bullet (a bullet with a pointed projectile) that was more accurate, suffered less trajectory drop, and maintained excellent ballistic performance.

The M1 was never designed for the .30-03, but the .30-06 with which it was paired was and is a serviceable, useful cartridge. Naturally, the performance of a given cartridge will depend on a number of factors, including the propellant load and the construction and weight of the projectile.

However, some .30-06 Springfield loads are capable of firing a projectile over a distance of more than four miles, with an effective range somewhere around 1,000 yards. The power of this cartridge has been well-attested, often famously. Noted writer and big-game hunter Ernest Hemingway was able to harvest notoriously dangerous game with the cartridge, including buffalo, lions and rhinos, three of Africa’s Big Five. It's also worth noting here that elephants and leopards have also been harvested with this cartridge.

If the .30-06 Springfield is capable of delivering those kinds of results in the field (and it is) then it’s no wonder that it was used so effectively as an anti-personnel round by U.S. forces in the Second World War and beyond. Few human adversaries can rival an elephant, honor, duty and love of country notwithstanding.

The cartridge can produce muzzle velocities in excess of 2,700 FPS and pack a punch of nearly 3,000 ft/lbs of energy, hovering just under 4,000 Joules. Again, this will vary according to the specifics of the load, but these figures are devastating, especially when you consider that this is a hundred-plus year old cartridge.

How and Why the M1 Garand Is Still Popular

The M1 rifle is one of the most famous small arms ever produced and it is still in wide circulation even among civilian shooters. There are a large number of uses to which people still apply the M1 Garand, including but not limited to some of the following.

●Official uses: The United States Military still makes use of the M1 Garand in a wide variety of ceremonies and processions. For example, honor guards and drill teams still carry and practice with the M1 as a part of their official proceedings and ceremonies.

●The M1 Garand in reenactment: While reproduction models are probably more popular in reenactment, there’s no doubt that M1 models still have some value for their use as a prop or a demonstrative prop in reenactments centered around the Second World War or the Korean War.

●Recreational shooting: Range therapy is a thing, and proud owners of M1 Garand rifles can still come by .30-06 ammunition with relative ease. At least, that is to say, generally .30-06 cartridges have been widely available. At the time of this publication, ammo across the country is in short supply. Even 12 gauge target loads and primers are hard to find. Regardless, the .30-06 Springfield is an evergreen cartridge that won’t be going away anytime soon, meaning that those who have rifled chambered in such can enjoy range time. Unlike some other historical cartridges that have become scarce, the lifeblood of the M1 Garand is still alive and well.

●Competitive marksmanship: There are still organizations that specifically focus on and specialize in the use of the M1 Garand for competitive shooting. For example, the Civilian Marksmanship Program (CMP) still holds John C. Garand Matches where only “as-issued” M1 Garands are eligible to compete. They’re not only still used for competition, some competitions allow nothing but!

●Hunting: The .30-06 Springfield may very well have harvested more deer in the United States than all other cartridges combined. Then again, the .30-30 Winchester might be angry to hear that claim; what we mean is that hunters have long used the .30-06 Springfield for its efficacy as a large-game round. Most hunters don’t carry M1s, but if you wanted to and it’s legal in your state, you could. We’ve already demonstrated that the round could be used to harvest Africa’s Big Five. There’s nothing in North America that you couldn’t take with it. 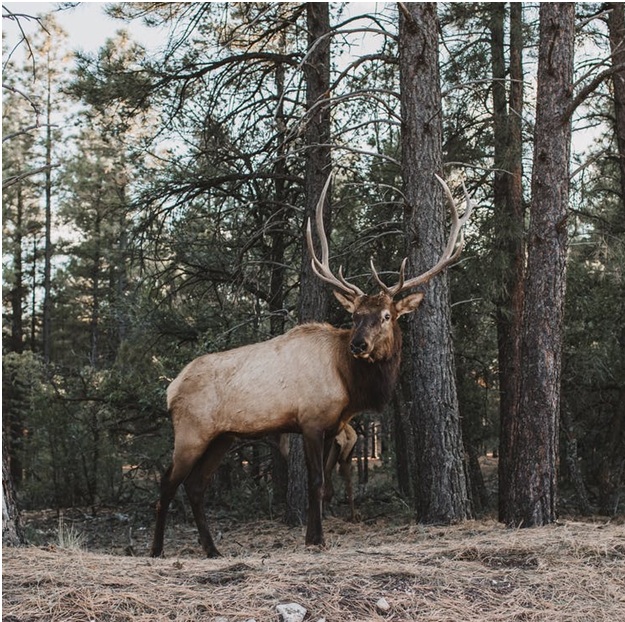 ●Historical intrigue: Finally, there are no doubt those that are interested in the M1 Garand for no other reason than that it is a piece of American history that is simply impossible to overlook or ignore. It is one of the most iconic rifles that has ever been produced, ranging alongside the designs of Paul Mauser and Oliver Winchester.

Get Everything You Need for an M1 Garand Right Here

Whatever your personal interest in the M1 is, you can find what you need for it right here at Sarco, Inc. We have a large range of parts and accessories for M1 Garand rifles and plenty more for other popular platforms like M1911s and M1903s.

Take a look through our collections of M1 Garand parts and accessories and let us know if you need any help finding what you’re looking for. We’ll set you up with the part you need in short order - just give us a call at 610-250-3960.