If you listen to the news for more than 5 minutes, you will hear reports about guns that are so glaringly inaccurate or misrepresented they will make your skin crawl with discomfort.

But what’s worse than this is when gun owners themselves use terms - terms you would think they’d understand - improperly.

So let’s put some of these to rest. Here are some of the most commonly misused terms in the industry.

This is probably the holy grail of misused gun terms. At some point or other, 99.9% of people have referred to a self-contained cartridge as a “bullet.” It is not.

The bullet is the projectile - a single projectile - fired from the cartridge. The cartridge is a self-contained apparatus - which consists of a shell (typically brass, plastic, or paper) that contains a propellant charge (typically powder), primer, and is loaded with a projectile (the bullet).

Also, the term bullet is typically reserved for round-nosed projectiles and Spitzer (pointed) projectiles. Some firearms can also shoot a ball, which is generally not referred to as a bullet.

This is number two on the list of offenders. A magazine is not a clip, nor is a clip a magazine.

Clips are used to load magazines. Clips feed magazines. In some cases, such as the M1 Garand’s, the rifle’s magazine can be charged with an En Bloc clip, which contains cartridges and is inserted into the firearm’s magazine.

The magazine - be it pistol mag, box mag, fixed tube mag, or other - is the device that feeds cartridges into the firearm’s action.

(By the way, if you need a new pistol mag or an M1 Garand clip, we have plenty of those. Please see those links for details.)

Most breech-loading firearms have extractors. Many have both extractors and ejectors. They are not the same.

The extractor is a claw, typically affixed to the bolt face (but not always) that grabs the rim of the cartridge and pulls it free from the chamber after firing.

The ejector is a spring that shoots the spent cartridge out of the firearm’s open action before a new round can be chambered.

If the firearm “spits” out spent shells after firing, it has both extractors and ejectors. If it pulls them from the chamber but they must be manually removed (such as in the case of many single-shot rifles and shotguns) it has only an extractor.

Please, stop using the term assault rifle. In the current climate, it means almost nothing.

If you must use it, stick to the Defense Department’s definition:

That means an AR-15, one of the most popular “assault” rifles in the United States, is not an “assault rifle” because it is incapable of selective fire.

It also means that those semi-auto-only “SMG” style platforms you love to shoot, which fire 9mm rounds, are also not “assault” rifles for two reasons. They fire a cartridge of insufficient power and are not capable of selective fire.

The best thing is just to stop using the term. Stick to “light rifle,” “sporting rifle,” “semi-automatic,” or some other legitimate descriptor.

Though many states do not, the ATF currently allows individuals to create functioning firearms at home for personal use only using receiver blanks and gun parts kits.

Those who take on these projects use a special firearm part known as a “receiver blank,” or “80% receiver” (sometimes referred to as an 80% lower) to create the firearm.

An 80% or “unfinished receiver” is a receiver that has not had select parts machined out, such as the fire control cavity, the trigger cavity, or the holes for pins for fire selectors, hammers, or triggers. It varies according to the platform, though.

Also, since they cannot be used to construct functioning firearms until someone has finished machining them, they are not serialized.

This has led some in the media (and others that don’t understand guns at all) to call them “ghost guns.”

Stick to “receiver blank” or “80% receiver.” Those terms, at least, at accurate. 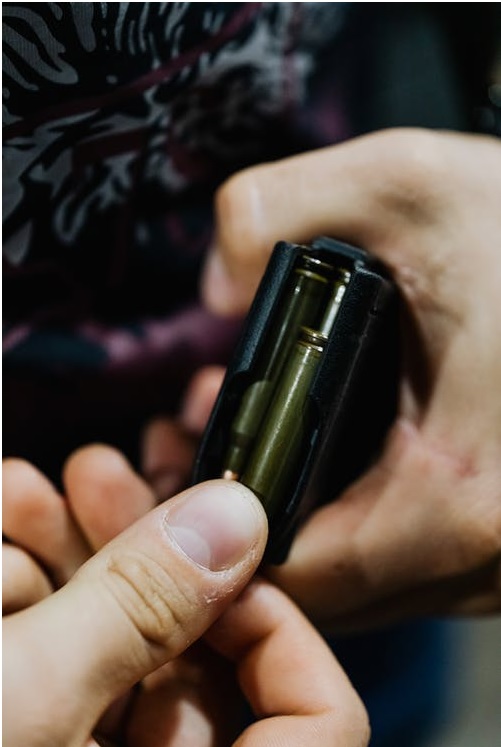 For the rest of us reasonable folk, high capacity refers to anything above standard capacity. For instance, most rifle and pistol magazines contain anywhere from 10-17 rounds, with a few containing 19. This would be called a standard capacity handgun magazine. If the pistol mag holds more than 20 rounds, it would probably be considered high-capacity.

The same is generally true for rifles, but some semi-automatic sporting rifles accept magazines that hold 15 to 30 rounds, so the lines are a little less distinct. If it has more than 30 rounds, you wouldn’t be wrong to call it high-capacity - so long as you were talking about the magazine and the magazine only.

This is a big one. Accuracy and precision are not the same. 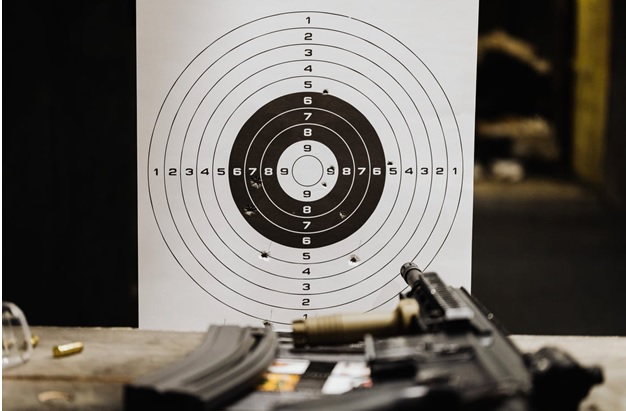 If you point the firearm at the target and the shots walk all over the paper, it is not accurate. Or the loads are inconsistent. Well, something is wrong and it’s affecting accuracy.

By adjusting your optics or sights, you can make a precise firearm accurate.

They say the pen is mightier than the sword. Armed with these facts, go forth and impress your fellow shooters with your newfound knowledge.